Ho Chi Minh City, also known as Saigon, is a great city by its own rights. If you have just arrived in this beautiful city on a cruise ship and you don’t know where to visit within your limited time, this article is definitely for you.
1. The Reunification Palace
Address: 135 Nam Ky Khoi Nghia Street, Ben Thanh Ward, District 1
Opening hours: Daily 7:30-11:00 a.m., 1:00-5:00 p.m.
Ticket: 40,000d/person
The Reunification Palace is at a top of must-see places if you’re interested in the history of the country. Lying at the heart of Ho Chi Minh city, this building was where the former Vietnamese president worked and lived, so there was no surprise when it was considered as the White House of the Republic of Vietnam. It was also the place where the historical event which freed the South of Vietnam took place. Nowadays, it has become a historical and cultural relic. This architecture was recognized as a special national monument by Vietnamese government in 2009. 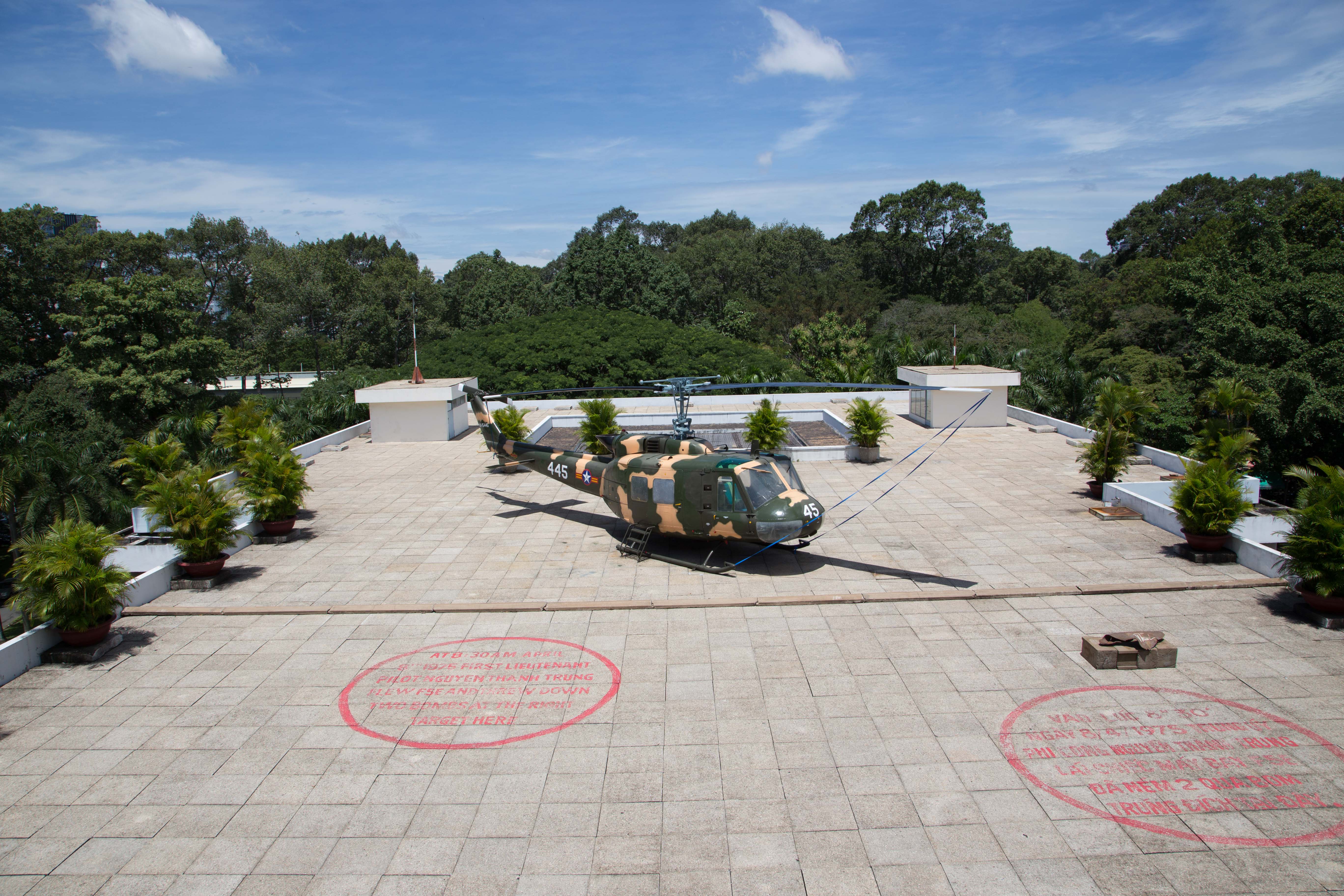 2. Notre Dame Cathedral
Address: Cong Truong Paris street
Notre-Dame Cathedral Basilica of Saigon, whose official name is Cathedral Basilica of Our Lady of The Immaculate Conception, is a cathedral located in the center of Ho Chi Minh City. Constructed by French colonists between 1863 and 1880, the two-bell tower is not only a prominent attraction in the city, it also serves as a religious institution for the locals. This French architecture is the place you definitely cannot miss when you’re in town! 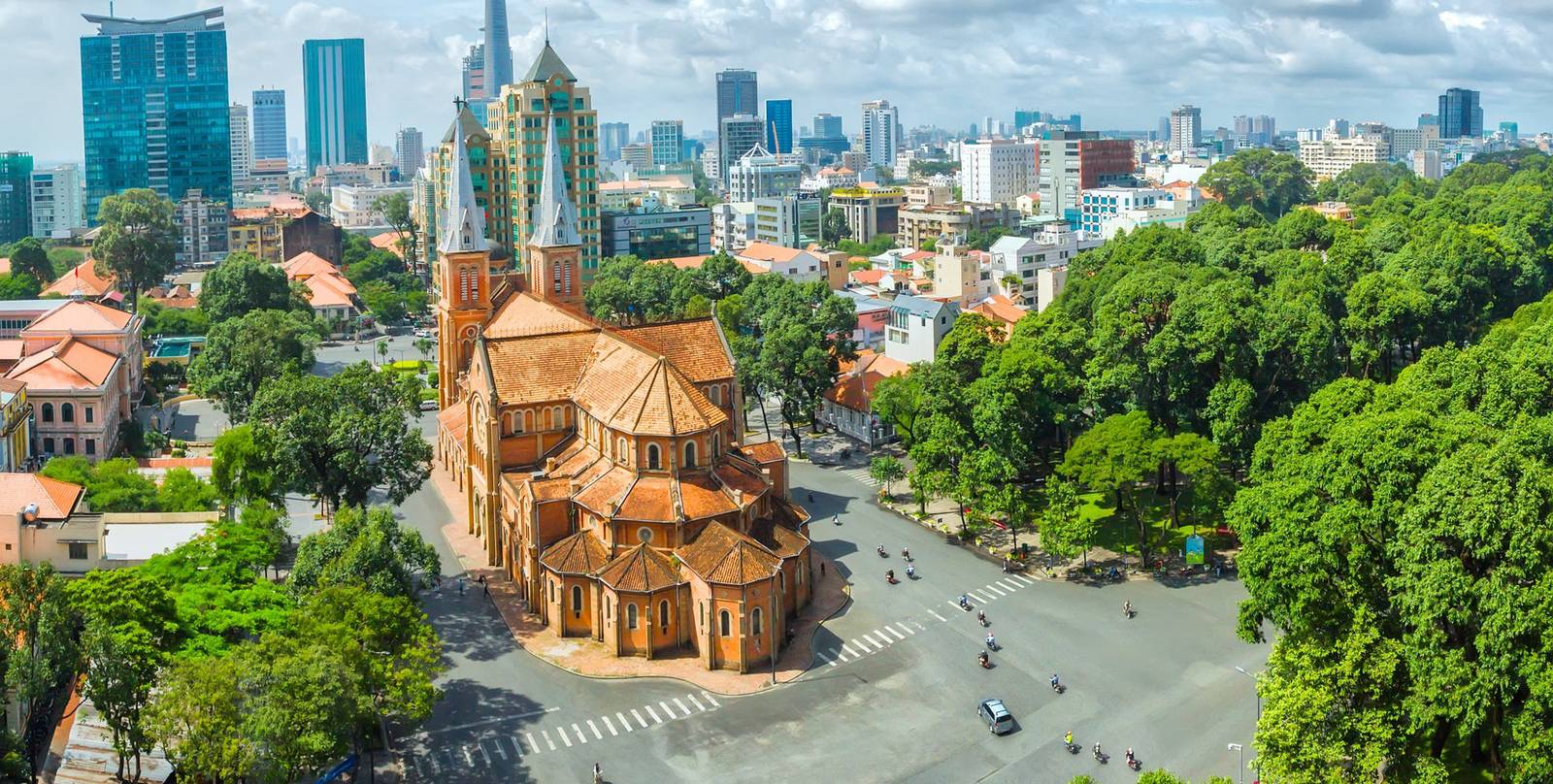 3. Central Post Office
Address: Cong Truong Paris street
Opening hours: 7:00am to 6:00pm
Besides the neighboring Notre-Dame Cathedral, the Central Post Office is another iconic tourist destination in Ho Chi Minh. Built between 1886 and 1891, with its charming classical architecture, the building is one of the few remaining sites that show you clearly the influence from French on the lives of Vietnamese in the old days. Today, the office itself does not only serve as a historical symbol, the fact that it is still a functioning post office attracts lots of tourists visiting.

4. The Opera House
Address: Cong Truong Me Linh Street
Another French-constructed architecture that stands as a astonishing sight lying in the downtown of Saigon is the Opera House, which is also known as Municipal Theater. Built in 1898 by the French architect- Eugene Ferret, and recognized as a national relic in 2012, this magnificent building is now a venue for some of the most high profile cultural and musical event in the city. With its parallel structure and impressive feature, you will ever have to regret when visiting this place considering the little time you have. 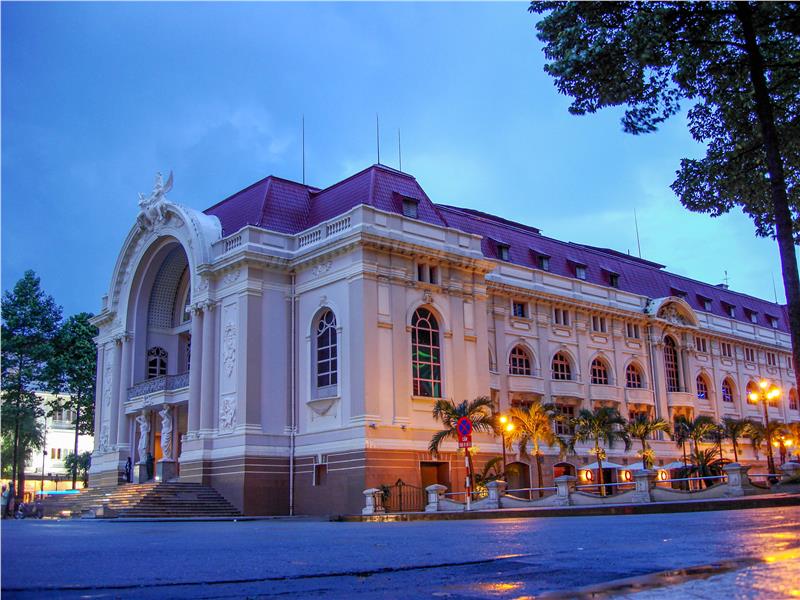 5. Ben Thanh Market
Address: Le Loi street
Opening house: 6:00am to 6:00pm
After we have done strolling through the streets and see the city’s popular attractions, we can head to the famous Ben Thanh Market, where everything is for sale, and nothing is ever non-negotiable. You can either experience the taste of local food or do some shopping, for which you can learn how to make a bargain just like a native. However, this central market is more than a place to shop, it also serves as a historical landmark, a war witness regardless its restoration. 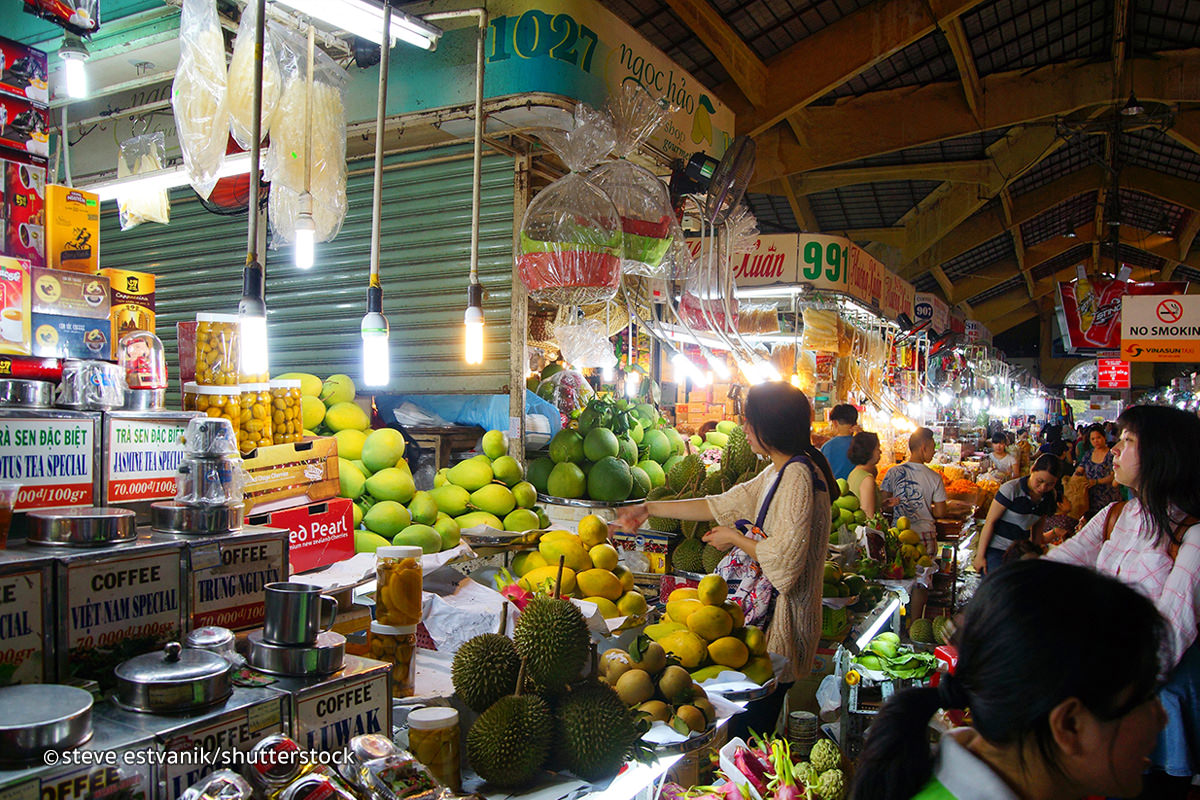 Above is a list of my suggestion of some must-go destinations when in Saigon, especially for tourists from a cruise ship considering the limited time that they have. From the dock, you can easily take a taxi/shuttle bus to the downtown then walk to visit those attractions yourselves and the fact that they are located close to each other makes the trip easier and more stress-free. Nevertheless, touring with a experienced local guide is also a good option as you don’t need to arrange or worry about anything but to enjoy your relaxing trip. Discovering the city highlights with a local can be seen as the most effective fastest way to learn about its culture and history. Should you have any interest in touring with a local guide, feel free to contact us and I am sure you won’t be disappointed!
Private shore excursion
By Kieu Xuan – Lose The Tie Tour Team

HOW TO TRAVEL TO CITY CENTER FROM TAN SON NHAT AIRPORT?

THE FACTS ABOUT VIETNAMESE FOOD: WHAT WE ACTUALLY EAT